Drawing in front the telly

I really enjoyed listening to Grayson Perry‘s series of lectures on art for BBC Radio 4 (listen or download these Reith Lectures here). In one episode he mentioned he likes drawing in front of the television while watching crap programs. In a recent interview with Time Out he put it like this:

‘I find drawing in front of the telly very therapeutic because I watch something like “The X Factor”, which only needs half an eye, and have a couple of beers, so I’m sort of loosened up. Then I get my felt pens out, so I’ve only got half an eye on the drawing as well. It’s quite a good way to operate – your impulse control is low and that’s good.’

Now I must admit I LOVE this series on Channel 4 called The Fried Chicken Shop – Life in a Day. Filmed over 3 weeks it shows us the trials and tribulations of the customers and employees of a fried chicken shop in Clapham, South London. I hate fried chicken and I hate reality tv, but this program is hilarious and charming (and disgusting – there’s no way of eating fried chicken in a decent manner) all at the same time. But I find it increasingly difficult to just watch television without feeling idle. In comes Grayson Perry! So I got my pencils out, made myself a nice cuppa tea and watched all three episodes of The Fried Chicken Shop in one go WITHOUT FEELING GUILTY. 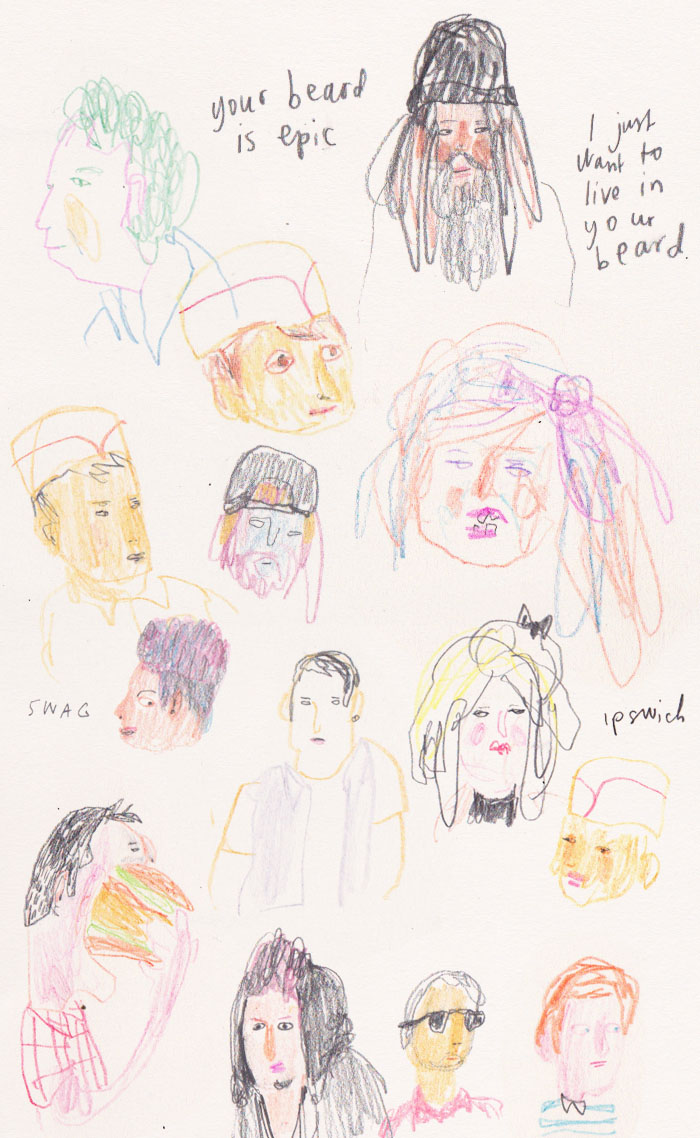 Here’s the trailer for The Fried Chicken Shop. Watch all episodes on YouTube.