I spent this weekend answering a call for submissions by Pictoplasma – the world’s leading festival of contemporary character design. They called for views on Bigfoot/Yeti: “one of the last mysterious entities without a clear depiction in our culture of visual overdose and instant google-search gratification“. Great thing is that some of the entries will be presented at an exhibition in Paris in December. I’m not into character design big time, but I thought I’d have a go. But even though I know my chances are slim,  I don’t really care what happens with it because I had a ball doing it anyway! 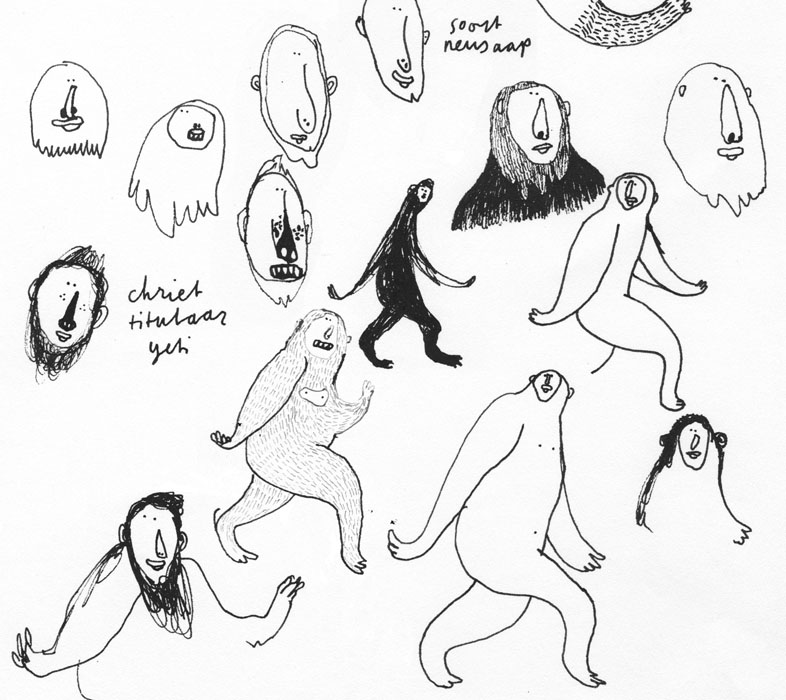 ∧ So Bigfoot is somewhere between man and ape. And bear? And Chriet Titulaer??

∧ I imagined Bigfoot being very self-consciousabout his big, ugly feet. A bit like myself, I don’t think they’re my most attractive feature. When bare-footed in public I tend to scrunch up my toes, as to hide them.. 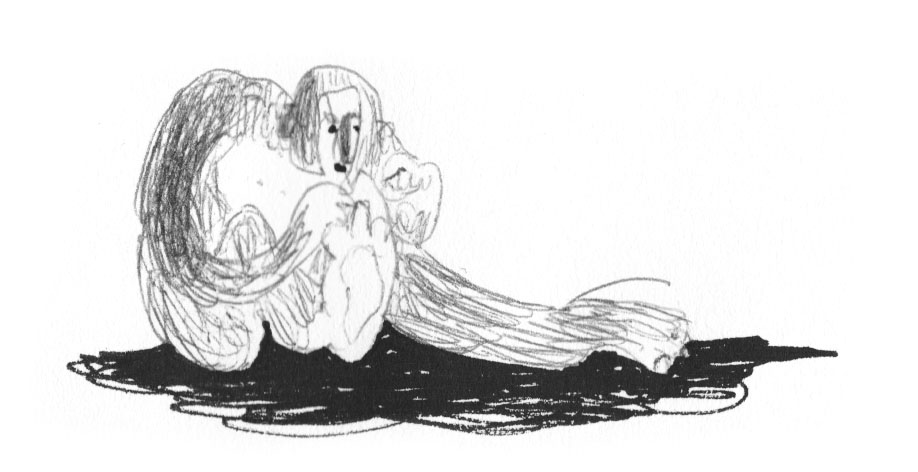 ∧ Or maybe he’s very vain when it comes to his big feet and he spends many hours pedicuring them. Or even worse: he has a bit of a foot fetish! 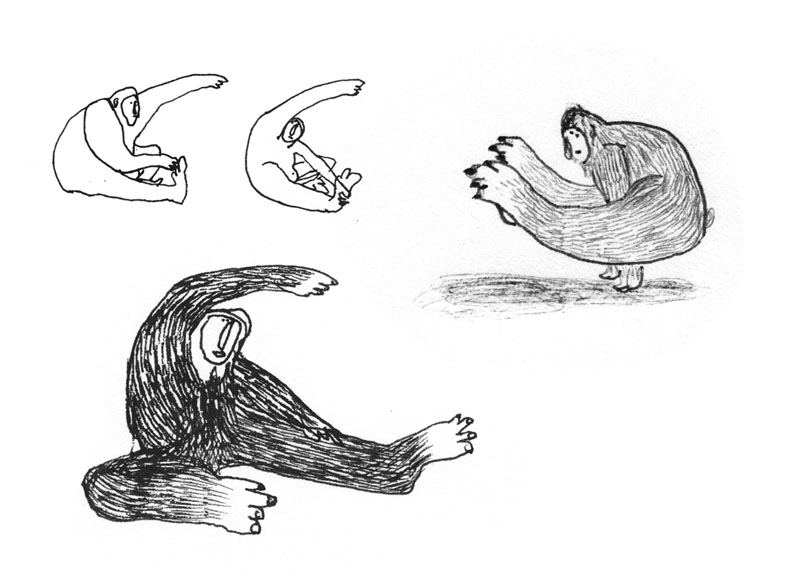 ∧ Then I thought about how difficult it would be for him to do yoga.

I also played around using different materials. I thought I had some fake fur lying around which I could use, but alas. I wondered what else I could use to create a hairy texture… So I emptied my hairbrush and tried felting it (I even looked online into the iffy world of felting human hair..) and shaping it usingsome wax and an iron (a tip I picked up from a felting-human-hair-forum). Not unexpectedly this one turned out pretty gross! ∨ 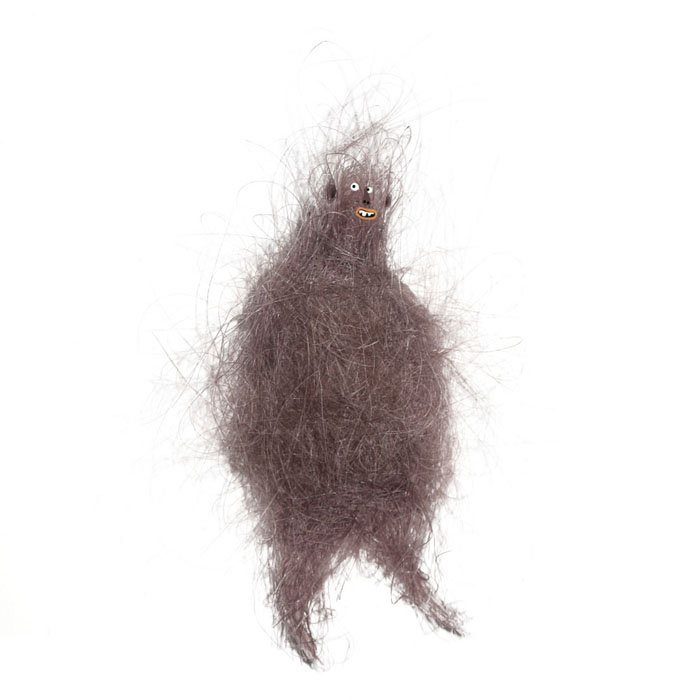 In the end I concluded Bigfoot is most likely to be a very shy creature; that’s why we don’t see him that often. But luckily for him he can sneak off quickly thanks to his big feet! ∨ 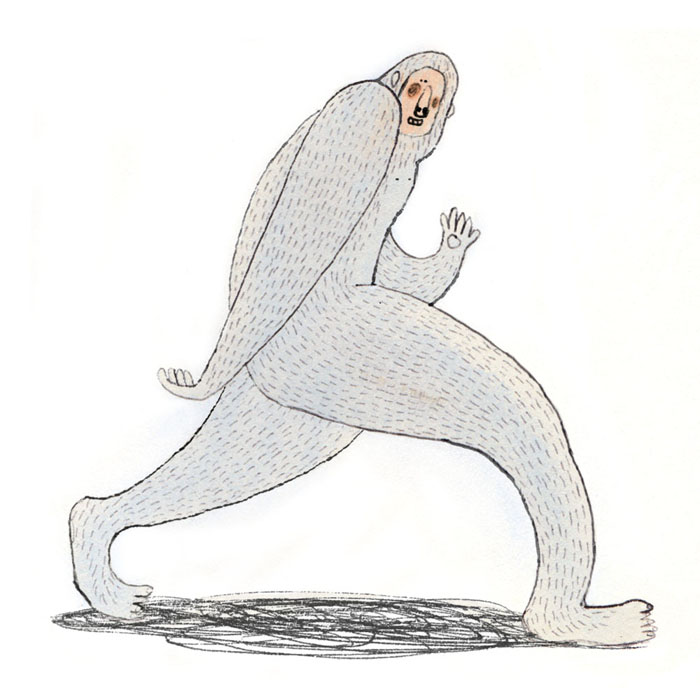