It’s been far too long since I’ve organized a Pub Carpet Crawl. Though the last two London crawls were loads of fun, they were not very successful in terms of carpet-count, so I think I had been demotivated a bit by this… But a feature in the December issue of KLM’s inflight magazine Holland Herald (yes yes!!!) should be celebrated with another crawl! So you are hereby cordially invited to Pub Carpet Crawl #6 on Saturday December 7th.

This time we’ll be exploring Soho‘s boozers. There are close to 50 pubs in this neighbourhood, so we should be able to find a good few carpets!

We’ll meet at 7 pm at The Ship . Because apparently “the best nights out in Soho always start at The Ship – a lively local at the heart of the Soho music scene.” It’s just a 10 minute walk from either Tottenham Court Road, Piccadilly Circus, Oxford Circus or Leicester Square tube station.

For those of you who’ve never been on one of these infamous Pub Carpet Crawls before these are the rules:

To warm you up a bit, here’s the absolute highlight of our last Pub Carpet Crawl, which took place in Dalston, the carpeted bar at the Railway Tavern on Kingsland Road ∨ 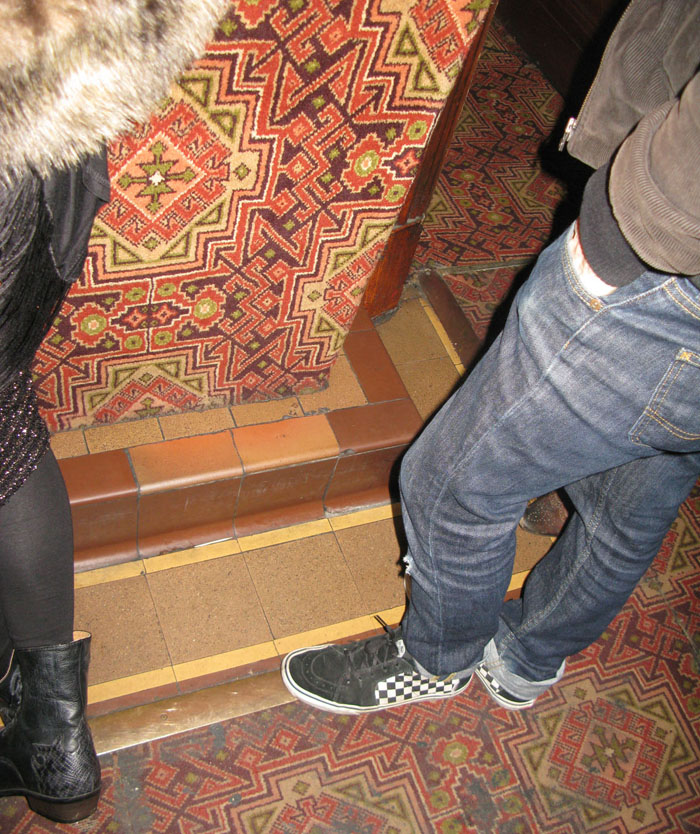