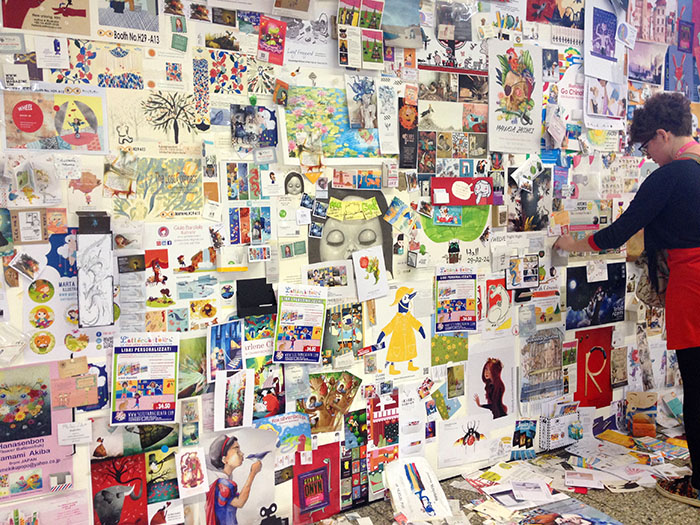 ^ Sarah replenishing her business cards on the ‘illustrators’ wall’

Before leaving for Bologna I read up on a couple of blog posts by other illustrators for tips (I found quite a few tips and links on Laura Wood’s blog). They really helped me prepare, so I thought it’d share mine here as well: